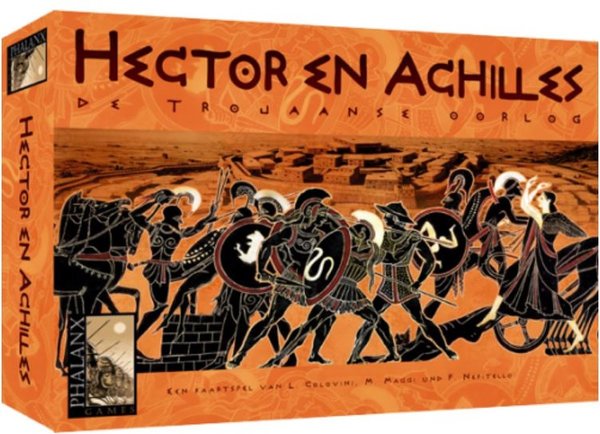 Hector & Achilles: The Trojan War is set in the period chanted by Homer. The Trojans fight the Achaeans, and are assisted by the heroes of the Iliad.
Hector & Achilles: The Trojan War is a 2-player card game, in which the players fight a battle in a series of short engagements, using one of their 4 piles of cards (army columns) at a time. They try to score as many points as possible in the colours of their heroes. Fate is a fact to be considered. It is represented by colours on a tile, which may be turned and changed by the players, thus influencing the battle. The winner of an engagement may keep his cards, while the loser has to discard his. Players who retreat, will suffer humiliation and take a shame marker. Players may apply for the help of heroes like Aeneas, Hector, Achilles or Odysseus. Will the Gods be on your side? Who will win this epic battle? Who's army will be depleted first and who will perish?
Spelers: 2
Speelduur: 30 Minuten
Leeftijd: 10 +